Run report: To the Top of Corfu

A 33 km off-road trail run from the Corfiot sea side town of Roda, to the highest point on the island, Mount Pantokrator at (911 metres (2,989 ft)). A beautiful route, through olive groves, tiny villages, with views to die for, but took longer than estimated resulting in a bit of a hot and stressful finish!

Because I was unsure of the route and wanted to make sure I was going a sensible path I ended up plotted this using Strava, and then again in Komoot. I also imported it into Garmin Connect (to sync with my watch). All of these estimated between 3 - 4 hours. The route I planned was pretty simple in principle.

Loaded up with 4½ litres of water (some with electrolytes), snacks and sunscreen, I set off just after 7 AM, to avoid the heat later in the day as temperatures were expected to reach up to 29℃. As luck would have it, most of the initial climb was on the shaded side of the mountains so I avoided a lot of heat during the initial climb. 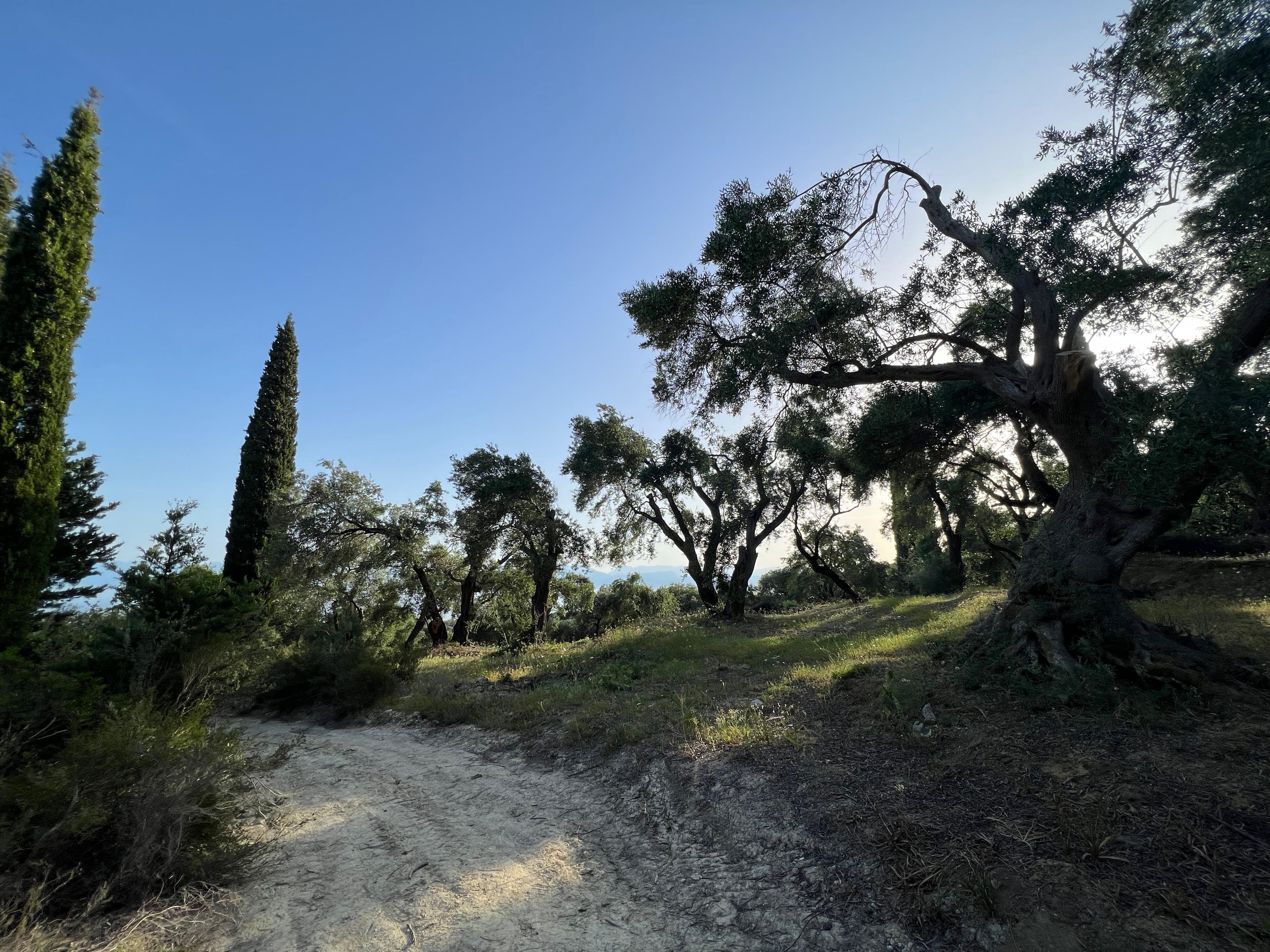 I was about 10km in when I reached the plateau and full sun, which meant a further 6km to the top. "Just a ParkRun and a bit" I joked to myself, but there was still at least 300m of altitude gains I needed to make too. However, the roads here were nice smooth and quiet, so I just plugged along stopping every once in a while to take in the view, grab a quick photo and have a good sip of water. 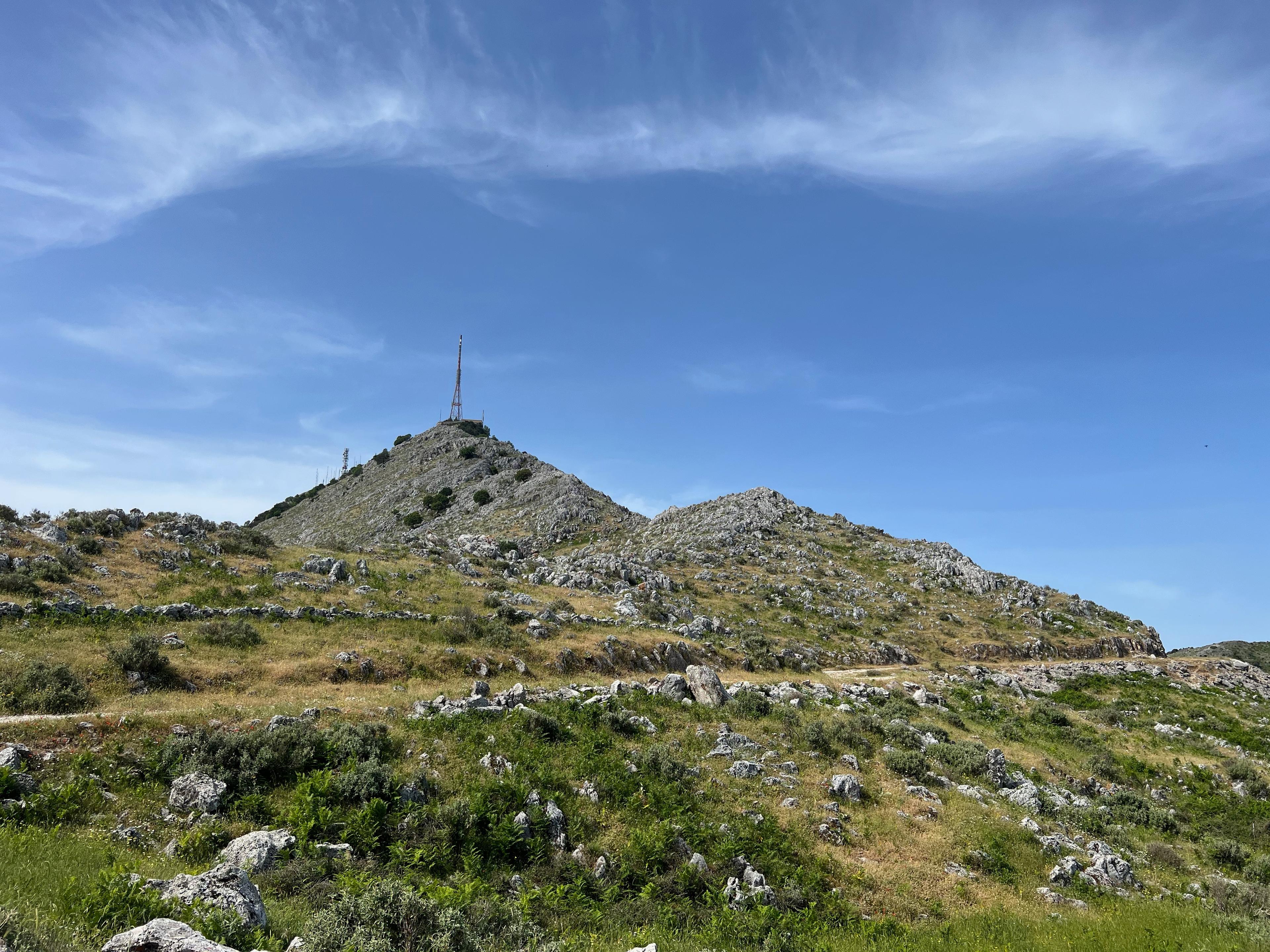 The kilometres slipped by. Spurring me on now was the view of the final destination, Mount PantoKrator, and it's crown of radio masts nestled in a 17th century monastery! As I reached the base to the summit I knew I would be mostly walking up the final stages. Not only was it steep, but the temperatures has climbed alarmingly quickly, and I was starting to feel it! 15 minutes later I was at the top.

The radio mast inside the monastery was almost as striking as the view and it was nice just to take 5 minutes to stroll around in the semi shade and breeze while taking in the sights. I was going to stop for a drink at the cafe and fill up my water, but the cafe wasn't open for another 20 minutes or so, and I needed to get back so I decided to get head on my way again. This is where I arguably made the major mistake of my run, but I didn't realise this just yet.

I joined the Corfu Trail and followed it down through the valleys and woods passing through the tiny village of Old Perithia. Continuing on along the trail northwards into more woodland and olive groves my mistake started to become readily apparent. My Camelbak ran dry. This was my major source of water and now left me with a single small 500ml bottle of water, and at least another hour or two in the full sun and heat of the day.

"Can you drink sunscreen?"

As I had initially planned it, my route took me past a number of cafés, restaurants and tavernas. Ideal places to stop, cool down, have a drink and fill up on some extra water. But time had not been on my side. Ironically, by setting off early I had unbeknownst to me set myself up with a future problem. Each of the places I went past was not yet open. In choosing not to linger at the top, I had left the final place with hydration behind and committed myself to a race against the heat. The return loop of the route had no cafés, no restaurants, or anywhere I could fill up with water. I had made an assumption that the downward leg or the journey wouldn't be anywhere near as hard even in the full heat, and I could "just roll down to the sea" and back to the start. 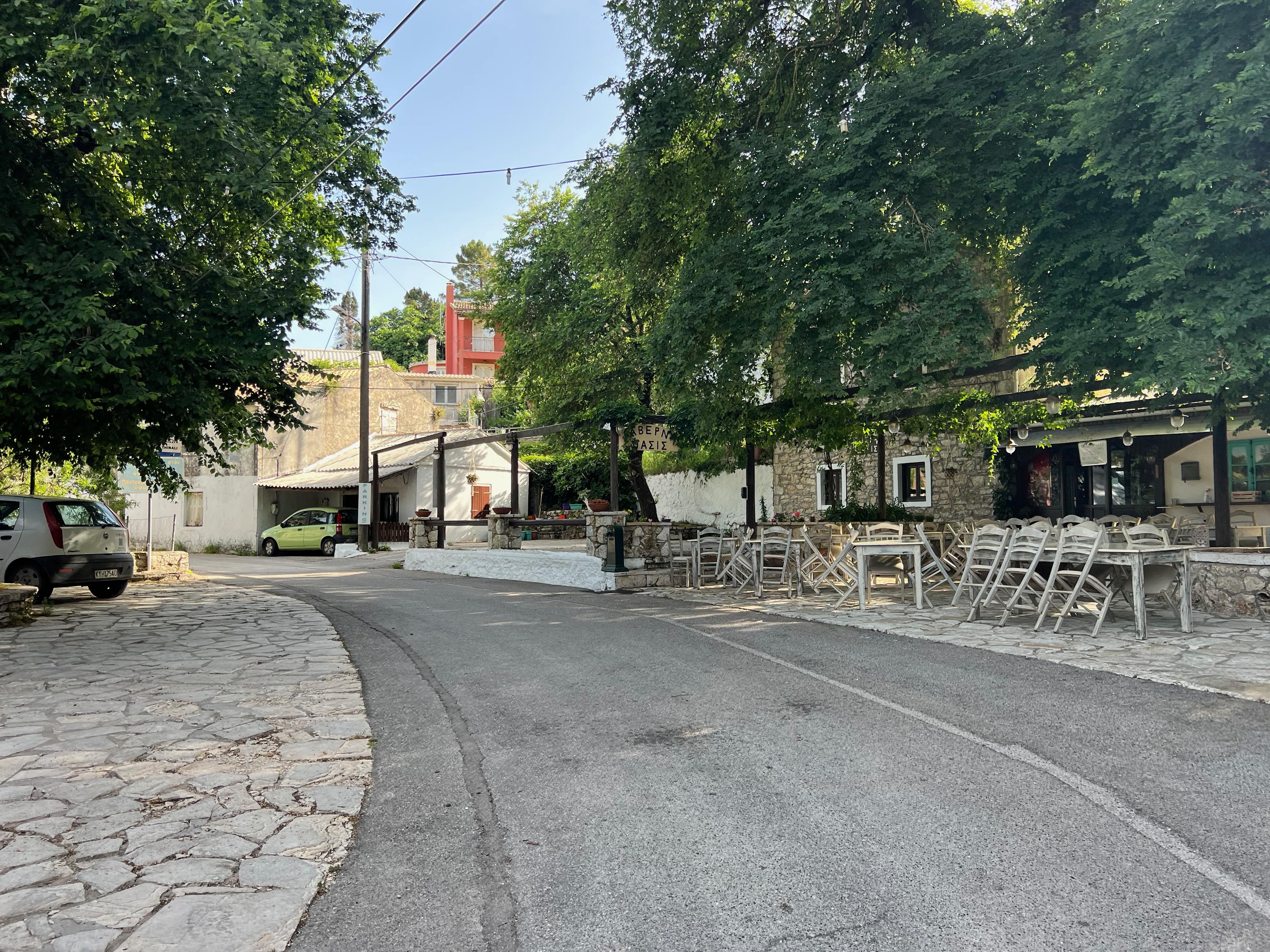 The trails were uneven at times, meaning slowing to a walking pace. In the woods, the leaves on the floor were dry and almost as slippery as ice and in the dappled light, the roots were just waiting to trip up an unsuspecting runner.

Finally, rejoining the road, I could up my pace as fast as I could manage, trying to find any shade I could at the sides of the road, while rationing my water to a sip or 2 per kilometre. To add to my frustration, some roads I was following on the map, and that according to the contours, should be heading downhill, were in-fact heading up hill. My quick "roll" down to the sea and shops with water was being tested and in the heat, with the lack of water this really started to play with my mind. 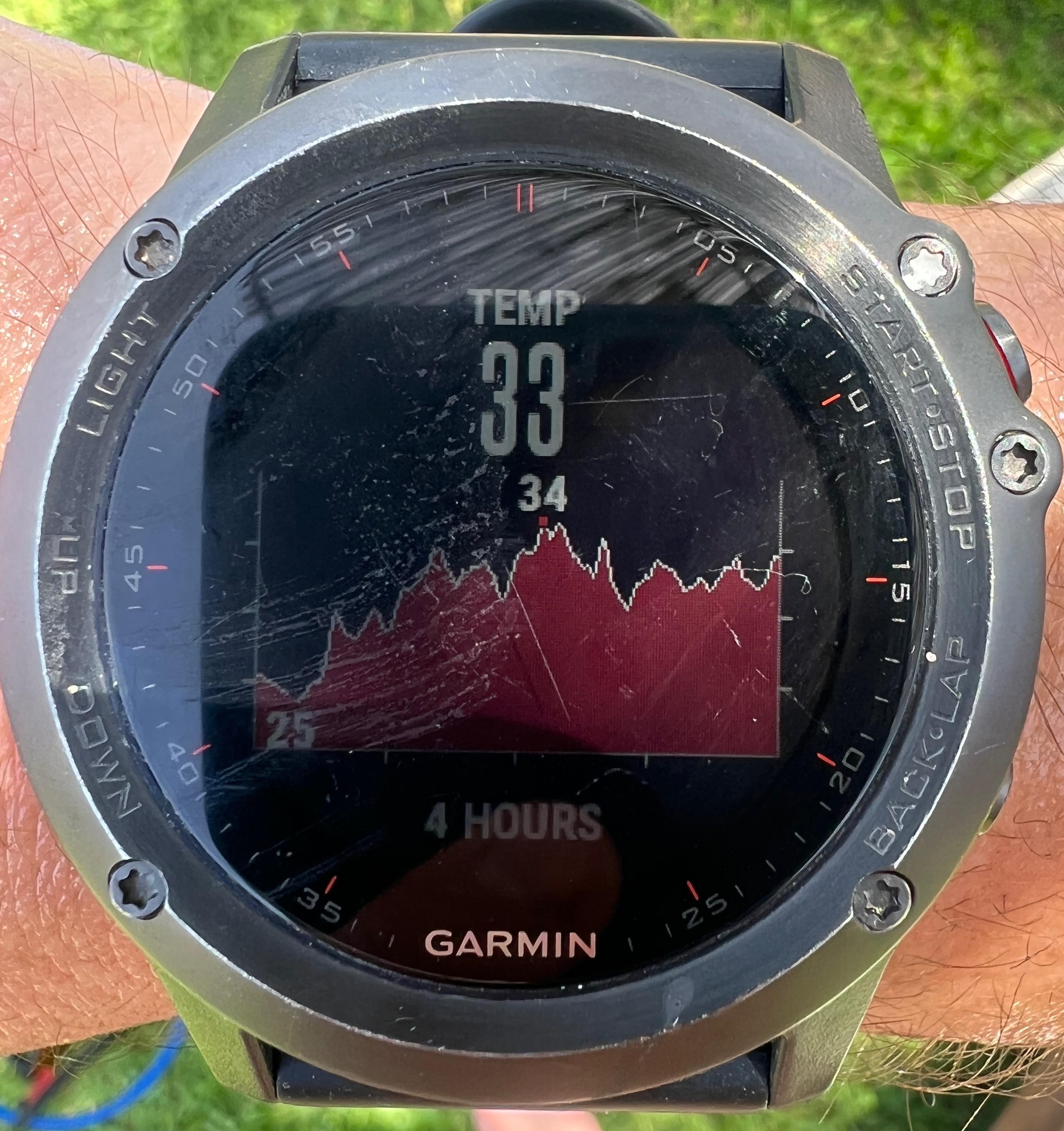 As I got hotter and more desperate, I did start to consider my options. "Can you drink sunscreen?", "What about that puddle of water leaking from the side of the road?", "Maybe I should just knock on somebody's door?". These questions popped into my head every few kilometres, then every few hundred meters before running on repeat in my head.

I carried slowly running on, until, gradually getting nearer to Acharavi until, finally, around one last bend I could see the main road, and... A small shop! And it was open. And that was glorious. The shopkeepers seemingly looked at me bemused as I grabbed some cans of Coke and Iced tea and fumbled with my money, mumbled "efkaristo" (thank you) in a terrible greek accent, and then stood outside rubbing a can across my face. After joyfully sipping the ice-cold Coke, I filled up my bottle with the Iced tea and then set off to the sea front and my final 3 km.

Success! About 20 minutes later I staggered back to the hotel complex, went straight to the bar for another iced tea and a Mythos (beer) as a reward. I had made it from the shore of Corfu, up to the highest point, gaining 1300m of altitude and covering 33.5 km in the process.

In the end it took closer to 5 hours, but it was thoroughly enjoyable experience. Despite the setbacks later in my run, I really enjoyed the scenery, especially the initial climbs up through the groves and hill sides and the initial descent in to Old Perithia.

As with most of my longer runs, I learnt something useful to take with me on future runs: